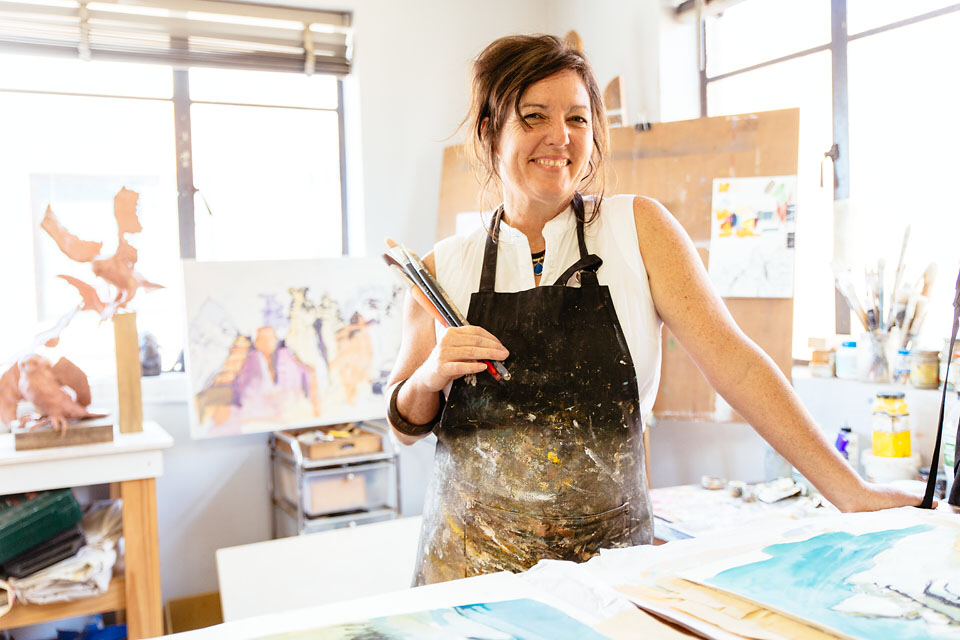 I grew up in country Australia where I freely roamed the wetlands and native bush, drawing and painting the natural landscape from a young age. My love of the Australian bush led me to become an environmental activist throughout my 20’s, and this time spent protecting native flora and fauna has informed my art work ever since.

My art practice spans both painting, drawing and sculpture with my inspiration coming from nature in all her forms. I work 'en plein-air', or directly from nature, as nature is always more original than anything the human brain can aspire to. Even when working in the studio, memory is still, in its essence being inspired directly from nature.

I aspire to not a purely literal representation but an emotional, physical and spiritual response to nature through mark, movement, colour and form.

I completed my Bachelor of Fine Arts at National Art School in 2007 and attained my Diploma of Fine Arts at the Southbank Institute of Tafe in 2001. I have exhibited in both solo and group exhibitions in painting and sculpture including Kensington Contemporary Art Gallery (2015), A-M Gallery in Newtown (2012), Defiance Gallery in Newtown (2007-2015), Chrissy Cotter Gallery in Camperdown (2016, 2014, 2011), Mary Place Gallery in Paddington (2008), Watch This Space Gallery in Alice Springs (2004), Metro Arts Gallery in Brisbane (2001). I have been awarded public sculptural commissions for Urban Growth Sydney (2015-16), NSW Transport (2014) and public sculptural commissions for Momac residential development in Canberra (2009).

From 2012 to 2014 I was accepted as an artist in residence at the ‘Bilpin International Ground for Creative Initiative’ in the Blue Mountains which informed both solo exhibition at Chrissie Cotter Gallery and my solo exhibition at Am Gallery in 2012 . I have been a finalist in the NSW Parliament Plein Air Prize, Waterhouse natural Science Prize, Fishers Ghost art prize , Greenway art prize, Defiance Small Sculpture Prize, the Northbridge Art Prize, the Gosford Regional Gallery Art Prize and the Waverley Woollahra Art Prize and have won awards in different categories for painting, drawing and sculpture.

I teach painting, drawing and sculpture at Artest artschool in Leichardt.